Over the years, the Scorpion product line has grown, and now Scorpion Helicopter and Airplane Motors are recognized world-wide as the #1 choice in power systems. The addition of other product lines, such as Cobra Motors and Speed Controllers and dozens of accessory product lines have allowed Innov8tive Designs to become the #1 source for Electric Power Systems in North America. Our knowledgeable staff is always ready to help you select the perfect power system for your model. With top level support before, during and after the sale, you can count on Innov8tive Designs for all your power system, airplane, helicopter, wing, FPV racing and multirotor needs!

We are located in Monroe, Michigan

Lucien has always had a fascination with airplanes, and has been active in modeling since he was about 10 years old. Starting with Comet stick and tissue kits picked up at the local K-Mart store, he later built several free-flight and control line models as a teenager. Lucien got started in RC at the age of 15 with nitro powered cars, but quickly switched his focus to RC airplanes. Through the years, Lucien has built and flown a wide variety of aircraft including Sport, Combat, Scale, Pylon Racers, Pattern, Fun-Fly, Gliders and most recently Multirotors. Lucien’s educational background includes an Associate’s Degree in Electrical Engineering from ITT Tech, received in December of 1983, and a Bachelor’s Degree in Electrical Engineering from the University of South Florida, received in December of 1990. In 1991 Lucien completed a professional pilot program and received his Private, Instrument, Commercial and Multi-Engine pilot ratings as well as Ground School Instructor, Flight Instructor and Instrument Flight Instructor certificates. In 2005, when Li-Po batteries and brushless motors became popular, Lucien’s focus shifted to electric powered models. About a year later, in October of 2006, Lucien founded Innov8tive Designs to help bring the new Scorpion brand brushless motors and speed controllers to the US Market. Over the past 7 years, Innov8tive Designs has grown to become one of the largest distributors of electric power systems in the United States, and Lucien has become one of the leading authorities in the field of Brushless Electric power Systems in the RC hobby. Since 2008, Lucien has also served as the host of the All Things That Fly internet podcast show, the RC Hobby Industry’s longest running podcast. He also writes the Multirotor Flight column each month in RC Heli Pilot magazine, and is a contributing editor to Robot Magazine. 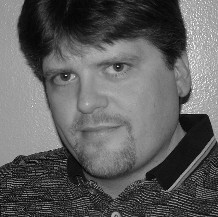 Randy is the owner of RC Dude Hobbies which started business over 10 years ago, with Lucien being one of his very first suppliers for Scorpion products.  He has been flying RC since he was a kid and was hooked right from the start.  These days he flies airplanes and multirotors mostly, but also dabbles in helis.  He loves FPV and has been doing it for over 13 years, long before it was a thing, and long before there were any FPV products on the market at all.

Before starting RC Dude Hobbies, Randy worked in the electronics manufacturing for over 20 years where he held many different positions.  He started as an electronic assembler but quickly move into the prototyping department as a specialist.  After a few years of that he became of production lead person, and then a supervisor for several years. The last 10 years at that same company he moved into IT where he worked as an infrastructure analyst where he directly created, built and maintained everything from servers and network hardware, to workstations, phone systems, security systems, camera systems, and just about anything else that used electricity in the building.  After this business closed it's doors in 2007 (like most electronics manufactures in the USA) Randy was the last employee left after 6 months of closing it down.

That corporate world Randy was in was not very appealing for the next job, so instead he decided to create RC Dude Hobbies and follow his passion for R/C.  At this time in 2007 brushless motors and lipo batteries were just starting to show up on the market for electric flight and the entire RC world was about to change dramatically.  Before this era electric airplanes were really pretty bad and most could barely get off the ground or climb at any decent rate at all.  For that reason almost everybody ran gas and nitro.  When Randy got some of those first brushless motors and lipo batteries and tried them out it was instantly clear that this would be big in the industry. So he created RC Dude Hobbies with the aim of being an all electric flights products shop, something that was still a bit rare back in the day.